Where The Love Resides In The Air

Agra is a city where the prefect romantic allure can be found. The land to the Taj Mahal, the Symbol of Love and one of the Seven Wonders of the World, makes the air of Agra full of love and romance. While the Legacy of Mughal Empire just didn’t gave Taj Mahal to this romantic land but many other mesmerizing attractions worth exploring as well.

The history, the architecture and the romantic aura together makes Agra the land that fascinates people from all over the world in a huge and massive amount. Besides the architecture, Agra City also offers the best shopping and food experience. One shouldn’t forget to get the specialty of Agra, the famous Pethas packed while returning.

ABOUT THE HISTORY OF Agra

With an extreme significance, stands the history of Agra because of which now it is one of the prominent tourist destinations. While today Agra is famous for its Taj Mahal, there are many other attractions too in Agra and all these attractions is the result of the history once unfolded.

Agra had its found written in the famous epic Mahabharata. The forest of Agraban close to Mathura is with which it has been written. While Agra was founded by Badal Singh in 1475. Yet the first ruler of Agra was Sikandar Lodi the founder of Lodi Dynasty. In 1506 he made Agra his capital and since then this mesmerizing city has its significance. As he died a natural death in 1516, his throne was taken over by his son Ibrahim Lodi who flourished and established the city with the presence of the people. Since Agra is situated on the banks of river Yamuna, agriculture there was an easy job. As Babur founded Mughal Empire post his victory in the battle of Panipat in 1526, the Lodi Dynasty’s hold in Agra came to an end and so Agra was the new base for the Mughal Empire.

As the Babur was on throne, he built Aram Bagh in Agra which was the first Mughal architecture. Later post he died, the empire was taken over by Humayun and later post his death, Agra’s glory was enhanced by Akbar who had his rule in Agra. Besides just making the Agra Fort and other monuments, Akbar had the mixture of Hinduism and Islamic culture in his rule. He established his city named Fatehpur Sikri nearby Agra and his son Jahangir and his grandson Shah Jahan took Agra on greater heights. With the building of Taj Mahal by Shah Jahan in the memory of his wife, Agra got its true glory and charm. Yet as Shah Jahan shifted his capital to Shahjahanabad namely Old Delhi now. His son Aurangzeb shifted his capital to Aurangabad.

With the ignorance of the last few Mughal Emperors, Agra lost its significance and British took over Agra. Later in 1947 as India got Independence, quite a few years now city is known worldwide for housing three UNESCO World Heritage Sites and most importantly The magnificent Taj Mahal which one of the seven wonders of the world.

MOST POPULAR TOUR PACKAGES OF AGRA 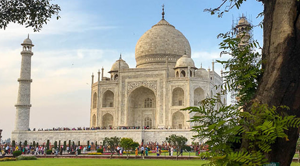 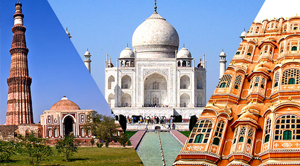 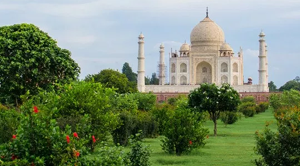 ABOUT AGRA AND ITS TOURISM
Agra, India is a land to one of the Seven Wonders of the World, Taj Mahal and other two UNSECO World Heritage Sites those are the Agra Fort and the Fatehpur Sikri. Considered to be in the Golden Triangle Tour Circuit of India, the perfect aura of Agra fascinates people from all over the world. The rich history of Agra made it one of the most visited tourist places of India. Besides the Taj Mahal, Agra is a land to many other mesmerizing Forts and mausoleums.

The land that came up with the rich culture which was a fusion of the three different religions those were born and flourished here. The Din-i-llahi and the faiths of Radhaswami, the beliefs of the Akbar’s era, Runukta of Hindus and Shauripur of Jains are another links for the culture of Agra.

Agra can be reached via Railway Network and by Road. Agra don’t house any Airport, so for the one who is arriving via Airport can chose Indira Gandhi Delhi International Airport and thereafter can proceed via road or train to reach Agra.

The magical formation of Taj Mahal and the cool winds embracing the presence of a remarkable population of keen visitors; the northern city of Agra can be visited any time throughout the year, however beginning from the month of October to the mid of March is highly recommendable. 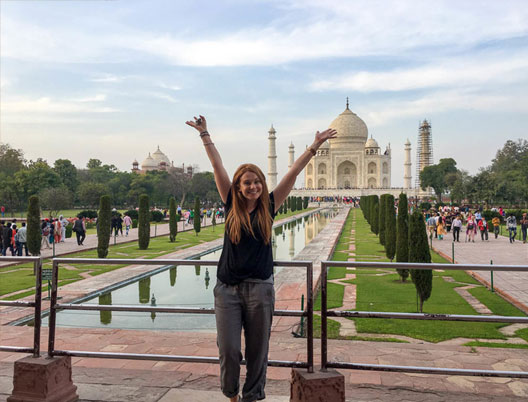 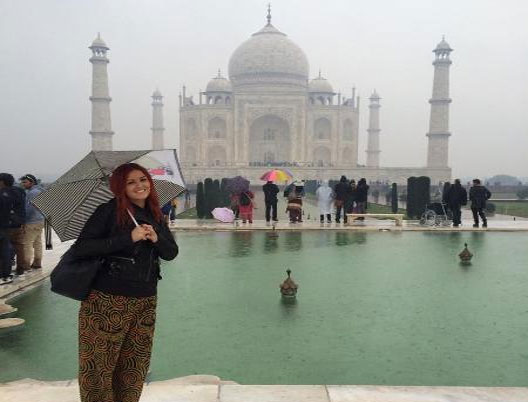 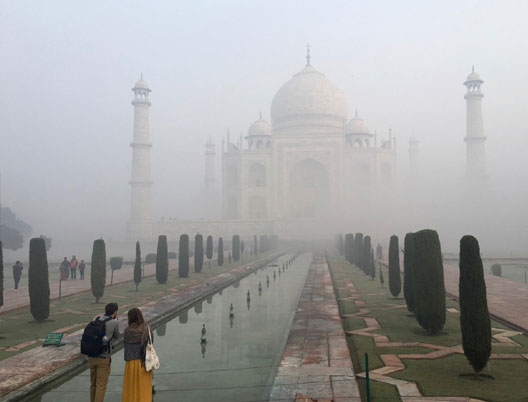 This city is packed with varied hotels [varying from the basic one to the luxurious one]; some are adorned with roof top restaurant and incredible views, while some are equipped with spa and massage centers. Every hotel follows a different list of amenities, facilities, accommodations and activities – choose which fulfills all the parameters of comfortable and healthy stay.

Ideal Duration To Spend In Agra

2 to 3 days are quite sufficient to spend exploring the northern city of Agra; it’s the land serving the miraculous presence of some of the finest of Mughal architecture. Some of the eminent attractions are the great symbol of Love [Taj Mahal]; the walled city [Agra Fort]; the impressive [Mehtab Bagh]; the striking [Tomb of Itimad-ud-Daulah] etc. Visit this place of art and architecture with your friends and family.

This city of skills and artistry is not limited to the impressive tall heighted and wide-spread architectural beauty but it’s also home to several eminence and necessity absorbed marketplaces. A trip is incomplete without shopping; one can place their visit at some of the eminent shopping markets, which are loaded with various specialities [from the Hand crafted Textiles to the items adorned with semi-precious stones; from the impressive replicas of Taj Mahal to the gorgeous antiques etc].

You can also buy carpets, rugs, home décor products etc from the markets like – Sadar Bazaar, Kinari Bazaar, Subhash Bazaar, Shoe market etc. Do keep a day free in hands just to fulfill the desire of shopping the best from the city of Love. And yes, definitely take your taste buds to a new expedition – stop by a food stall and give it a surprise by having the delicious street food.

The city of Agra is rich in history, attractions, hospitality, cuisine etc [especially the sweet named as Petha – served in various flavours]. People who place their visit in Agra, do not forget on having one of each flavour; in fact, some makes sure to buy a packet or two to take back home. Agra is a city of talent and skills; there is this place of interest named as Kalakriti Cultural and Conventional centre [it organizes a show called as Mohabbat the Taj]. Various eminence consumed festivals are celebrated on a greater scale in this happening city [namely Navratri, Diwali, Dussehra and Holi].

People belonging to the various walks of life and faith reside here in great joy; men normally wear Shirt and Pant and women wear Saree or Salwar-kameez etc. During any occasion of festival they prefer wearing the ethnic wears [bright-shaded and fancy]. The residents sing and dance depending upon the type of celebratory occasions with their friends and relative; they share a meal together [special dishes]; they get involved in hours long conversation etc. Here are the names of some tasty dishes [Agra specialities] – Stuffed Paratha, Mughlai delicacies, Dalmoth, Bhalla, Jalebi, Bedai etc.

The city of prominence and recognition lives every day under the shed of happiness and greatness; it not only stands in immense pride for housing some of the best of Mughal architecture but it also live in delightful for living the major festivals at its fullest and also organizing well-known fairs that attracts a notable population of art and literature admirers.