The Spiritual Capital of Nation India

In the words of Neem Karoli Baba, “Where all action is prayer. All trees are desire-fulfilling. All water is the Ganga and all land is Varanasi.”

The oldest city of the world, Varanasi, is also known as Benares and Kashi is one of the holiest cities of India. Considered to be the city of Moksha, this 3000 year old city is adobe of Lord Shiva and Parviti and so it is believed that the sins of a person he did in his lifetime will be washed away. And the person would get liberation from the cycle of birth and re-birth. He would receive an ultimate Moksha.

The ultimate pilgrimage spot for Hindus, Varanasi is one of the seven holist cities of and one of the Shakti Pethas and one of the twelve (12) Jyotir Lingas. The words of Mark Twain describes Varanasi as - “Benares is older than history, older than traditions, older even than legend, and looks twice as old as all of them put together.”

ABOUT THE HISTORY OF VARANASI

The utmost holiest river Ganga seemed to have its origin here from the tresses of Lord Shiva in Varanasi. Sarnath is the location in Kashi that is known for the place where Buddha preached his first sermon post his Enlightment. Being the symbol of Hindu renaissance, knowledge, philosophy, culture, devotion of Gods, Indian art and crafts, Varanasi’ culture has been flourished with past many centuries. Believed to be the birth place of Parsvanath, the twenty-third Tirthankar, and Kashi is also a famous pilgrimage center for Jains.

Also known as the City of Temples, the mesmerizing architectures of the temples of Varanasi are very much fascinating for the travelers and the art lovers. Being a great center of learning and education, Varanasi has always been associated with the encouragement of the spiritualism, mysticism, Sanskrit, yoga and Hindi Language. The famous and well known authors and poets such as the ever famous novelist, Prem Chand and Tulsi Das who wrote the Ram Charit Manas are very well promoted here. Being the Culture Capital of India, the history of Varanasi is never ending.

Apart from just being the holy city, Varanasi is also a famous trade and commercial hub. The finest silk, gold and silver brocades can be found every easily.

MOST POPULAR TOUR PACKAGES OF VARANASI 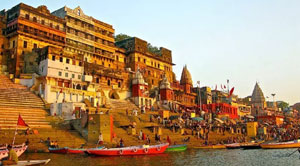 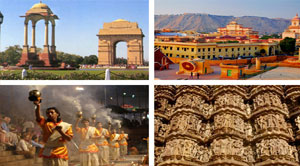 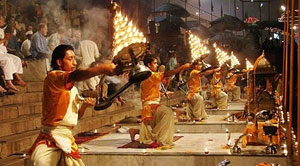 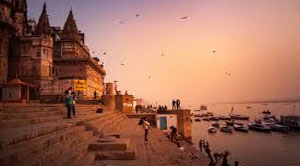 ABOUT VARANASI AND ITS TOURISM
Varanasi is a city that attracts travelers and visitors from not only the nation but all over the world. The tourism of Varanasi is the biggest aspect that reflects the faith and believes of people in this holy city. Apart from the devotees of Shiva and Vishnu, this place is explored by the believers of Buddha and also Jains. The history and art lover get their most nutritional food for their history and art fascinated soul.

Being the spiritual capital of the country, Varanasi attracts millions of pilgrims from every single corner of the world. The whole sole witness of the ancient civilizations that came and went over centuries and centuries, Varanasi till today stands tall and alive, unabashedly colorful, vibrant and wonderfully rich in history and legends.

The Varanasi Ghats are the most fascinating aspect of tourism in Varanasi that again captivates the visitors. The boat ride across the scared river Ganga marvelously captures the spirit of Varanasi. With plenty of rituals being carried out on the Ghats of river Ganga, the single boat ride is the best aspect to explore Varanasi and its religious Culture. The evening ritual of worship, the Ganga Aarti on the Ghats of river Ganga is the biggest fascination of Kashi. People from far away visit Varanasi just for the sake of attending the main evening Ganga Aarti.

Being the original hub of art, culture spirituality and music, Varanasi has been the land to many prominent saints, philosophers, poets, writers and musicians. Known for its fine quality silk, ‘Paan’ and Benares Hindu University which was founded by the great nationalist leader, Pandit Madan Mohan Malviya in 1916 in the association with Dr. Annie Besant, who viewed it as the University of India.

Being home to the Kashi Vishwanath Temple which one of the twelve Jyotir Lingas of Lord Shiva holds a grand spiritual historic significance of the past. Mahabodhi Temple that marks the legendary Bodhi Tree under which Buddha preached his first sermon post his Enlightment is of great significance as it was the origin point of Buddhism. With plenty of points of interest in Varanasi, this holy city is must explore destination of India.

Varanasi, as it a much known tourist location, it houses the well maintained domestic airport and the wide network of railways and road makes the reach to Varanasi with no difficulties.

The suggested time period to uncover Varanasi is September to May. While its recommended not to travel in Varanasi in the monsoon season because of the heavy flow of water in river Ganga. 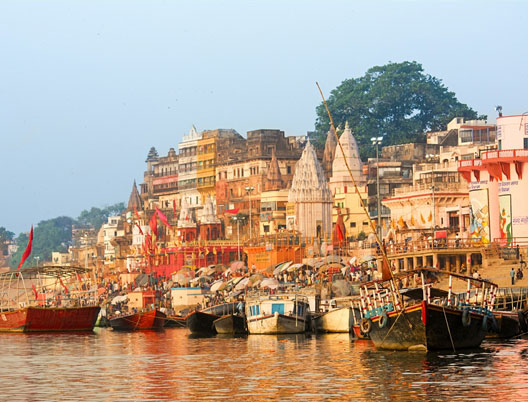 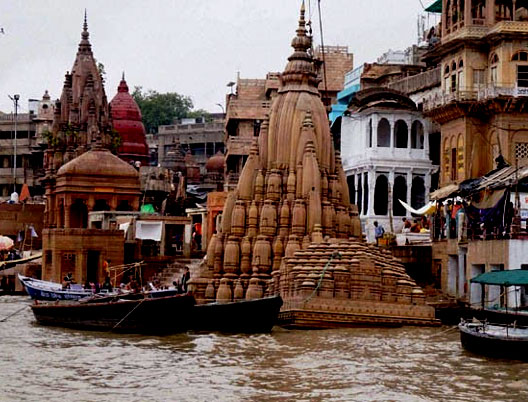 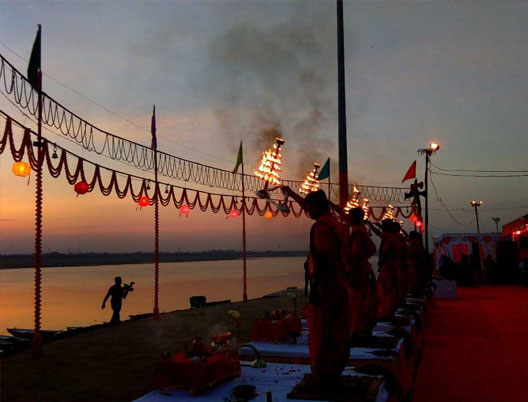 A city known for its magical evenings, the rituals soaked evening Ganges Aarti, the several houses of worship, the bustling markets, the delicious local street food etc gives you all the reason to stay quite for sometime in this enchanting city of Uttar Pradesh. Varanasi is equipped with every kind of places of stay; economy hotels, 3 to 5 stars rated hotel, luxury hotels, Heritage hotels, ashrams, Homestays etc. You can choose on any place of your choice and comfort; do make sure to enjoy a boat ride in the holy river Ganges.

Ideal Duration to Spend in Varanasi

The Ganges city is always ready with its arms open wide to welcome each and every person, who makes a move towards it. One can spend as many days as he or she wishes to; Varanasi is instilled with the air of belonging, extremely inviting and soulful. Two days are sufficient to spend in the holy city of Varanasi; here are the names of some major attractions – Dashashwamedh Ghat| Kashi Vishwanath Temple| Manikarnika Ghat| Dhamek Stupa| Sarnath Museum| Sankat Mochan Hanuman Temple etc. Varanasi is a must-visit city, in case if you are planning on a trip to the northern zone of India, then do prefer on making Varanasi a part of your trip.

The official languages of Varanasi are Hindi, Urdu and English; the Native dialects are Bhojpuri and Awadhi [dialects of the Hindi-Urdu].

The city of Varanasi witnesses the presence of people belonging to the various parts of the world throughout the year.

Shopping is always fun but shopping in a whole new destination is even exciting and experimental in behaviour too. It’s good to go prepared when it comes to buying a few things from the destinations chosen by you for exploring. Even when you have a list of where to go and what to buy, if possible try and communicate with the locals [ask them what’s best to buy from the city]. Some of the prime cities of India do leave a longing impact and impression on one’s presence; Varanasi is one of them and for the same reason fulfilling the desire of buying souvenirs is a must.

The Ganges city is home to depth soaked literature| art| music| festivals and many more; these are some of the major attention-seeking elements, which drive a huge amount of footfall in Varanasi. Some of the well-famed Indian writers resided in the pure city of Varanasi – Kabir, Ravidas and Tulsidas etc. This gracious city is a chief centre of arts and exemplary designs; it’s a highly efficient producer of silks and brocades with silver and gold thread work| wooden toys| Glass made Bangles| Ivory work| artistic brass| perfumes| copper ware| varieties of Handicrafts etc.

Music has always been a part of Varanasi; the music tradition of this place is traced to the Pauranic days. This city is associated with several incredible musicians and instrumentalists; it also observes various festivals of great importance on a wider scale – Dussehra, Diwali, Maha Shivratri, Dev Deepavali etc.