The Country of Camels

The perfect reflection of Rajasthani cultures and traditions, Bikaner is a city that fascinates the history lovers. The glorifying history, the enchanting past and the legendary stories of this city captivates the hearts of its travelers from all over the world. Considered as if ever beauty has bloomed in a desert, it has been Bikaner.

ABOUT THE HISTORY OF BIKANER

Founded by Rao Bika Ji in 1488 AD, it is located in the north-west part of Rajasthan. Being one of the largest cities of Rajasthan, Bikaner was regarded as the oasis of the Thar Desert. Located in the middle of the Thar Desert, Bikaner houses one of the most alluring structures and architectures. With a great historic significance, Bikaner was before known as to be the Jungladesh until when Rao Bikaji, the son of Maharaja Rao Jodha picked the land and established his empire and converted the place to the Bikaner City. Ruled by many great rulers of Rathore clan, Bikaner is the home to several architectural marvels and splendid temples. Being home to one of the only two models of the biplane which were used by the British in World War I, these models served as a gift from British to Maharaja Ganga Singh who was then the ruler of the city. Being the home to plenty of great and brave rulers and empires, Bikaner has got a great deal of historic significance and all of these rulers and empires held a huge hand in multiplying the beauty of the city with some major and most magnificent architectures and constructions that are well preserved and very well maintained till today. Located in the middle of the Thar Desert, this beautiful city boasts some of the world’s best riding camels and its therefore nicknamed as the “Country of Camels”.

MOST POPULAR TOUR PACKAGES OF BIKANER 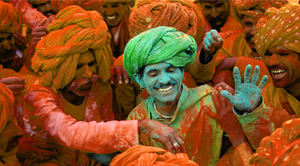 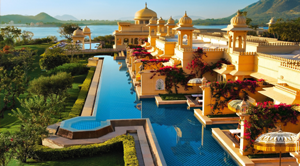 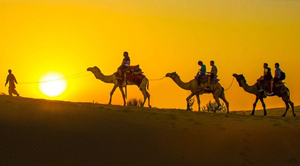 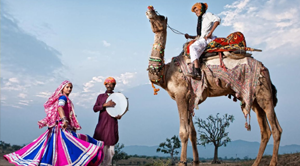 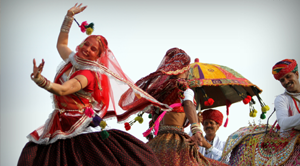 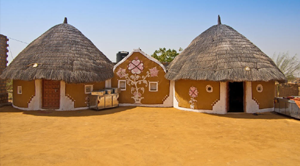 ABOUT BIKANER AND ITS TOURISM
Bikaner and its Tourism For someone who is a history freak, Bikaner is the perfect location. Being the land to one of the most magnificent architectures and constructions, Bikaner captivates the hearts of the history lovers from all over the world. Apart from the history, Bikaner houses many other travel and tourism aspects that include the architecture, pilgrimage and of course the leisure. Being the land to plenty of tourist locations, Bikaner houses the best architectures for the history fascinators that include the Junagarh Fort, Gajner Palace, Prachina Museum, Rampuria Haveli, Bhandasar Jain Temple, Lal Garh Palace and Museum and Ganga Golden Jubilee Museum. The Karni Mata Temple, another famous tourist place of Bikaner, known as the major pilgrimage and religious attraction of Bikaner. The other architectural that include the magnificent forts and mesmerizing palaces built with reddish-pink sand stone and marble, the adorned museums walls are very much alluring to the visitors. To retain its nick name, the famous Camel Festivals are held in Bikaner where phenomenal arrangements include the huge pomp and travelers from all over the world. Offering the mouth watering yummilicious food, Bikaner is again a hub of Food Lovers as well. The land is again known for its Bhujia and the Camel Milk Sweets. Providing an overall great experience of travelling, Bikaner is one of the prominent faces of the historic travelers.

Bikaner can be an easy reach yet Bikaner does not house any Airport of its own. The nearest airport to Bikaner is the Jodhpur Airport. With a wide network of Indian Railway, Bikaner is again an easy reach from any part of the country. Rather one can use road as well.

You can travel as per your comfort; however the peak duration starts from the wintery months of October to the end of March. These are a few months, which are dressed in calmer and pleasant essence of presence. The camel city of Rajasthan serves its visitors with the best views of sunset and sunrise. 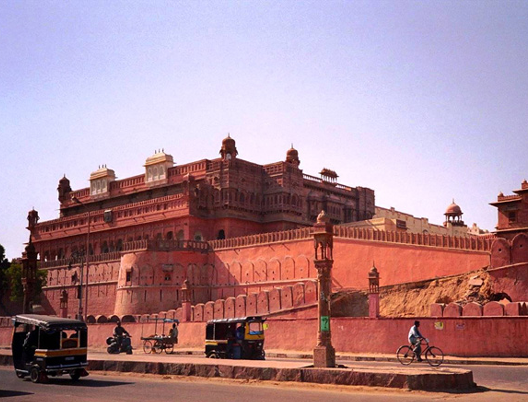 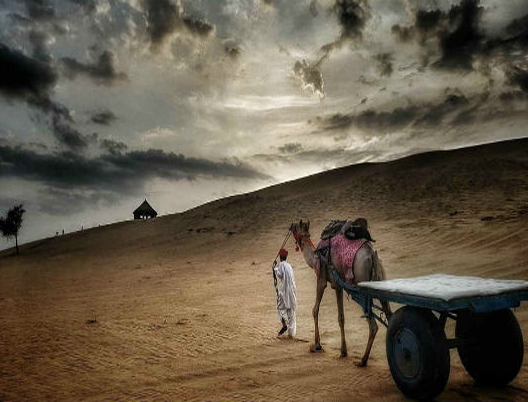 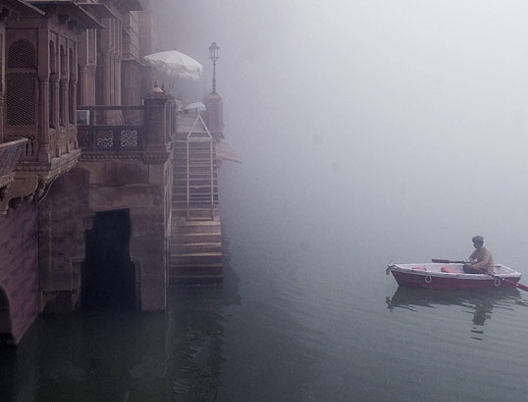 A city founded by Rao Bika in the year of 1486 is well-equipped with all sorts of places of stay; from the basic hotels to the notable heritage hotels. From ethnic accommodation to the fancy ones; pick whichever suits you the best.

The prominent city of Bikaner is infused with the strong and flavourful essence of folk music [the melodious and soulfull recitations of numerous poems. Bikaner is well-known for its delicious snack Bhujia [Bikaneri Bhujia], which is sold all over the world. This place is heaven for snack lovers because apart from Bhujia, it also offers a wide variety of Namkeens, spicy Papad etc.

While exploring every corner of this fascinating city make sure to have samosa and Kachori – these items are highly recommended by the locals for its travellers to taste. Most of the Bikaner famous dishes are offered with a topping of butter; gram flour is the prominent ingredient here, delicacies like Khata, Gatte Ki Sabzi, Pakodi are made out of it. The usage of Corn and Bajra is quite prevalent over here – it is used while preparing eateries like Khichdi, Rabdi and Roti. Do make sure to have the traditional Rajasthani dish called Dal Baati Churma.

The adorable city of Bikaner is ornamented with all the reasons one come looking after in order to live the best of India. It also resides in great pride for housing the striking Junagarh Fort, the Laxmi Niwas Palace etc. It also celebrates numerous festivals of importance on a greater scale; here are some to name – the Camel Festival of Bikaner is the most awaited one [full of happening colours and liveliness]; the Karni Mata Fair, the Kapil Muni Fair, the Gangaur festival, the Kite Festival etc. One should definitely pay a visit to this striking city at least once in a lifetime.

You will definitely spend a great time shopping here, especially if his happening activity is accompanied by your close friends or a few favourite family members. Do make sure to buy a packet or two of Bikaneri Bhujia to take it back home because the taste of it will stay in your mouth for quite some days and you will definitely crave for more.