The City of Joy

The second biggest city of the country, Kolkata was formerly called as Calcutta. Being the capital of the British Raj, Kolkata is a city that holds an extremely crucial place in the economy, politics and culture of India. Being the Capital of West Bengal, Kolkata is also known as the cultural capital of India. With a quintessential charm that it has retained apart from just the modernization, Kolkata is amongst the four metropolitan cities of India. With a dense heritage, Kolkata is densely populated and is situated at the banks of river Ganga. Being famous for its culture, Kolkata is known for its people, food, music, literature and movies as well. Being the home of few major and great thinkers, artists, film makes and writers, Kolkata is associated with Rabindranath Tagore, Bankim Chandra Chattopadhayay, Sarat Chandra Chattopadhayay and Stayjit Roy. No wonder, Kolkata is indeed an inspiration for the country in the field of art literature and theater. Considered as if Bangalore is the Seattle of India then Kolkata is the sub continent’s London. The ‘in your face’ city that leaves every single visitor in shock with its charm, abject poverty inexplicably with crumbling the gems of British Raj era, sprawling gardens and historical colleges. Kolkata is a city one can hate or love but will never forget in his lifetime.

ABOUT THE HISTORY OF KOLKATA

Kolkata is a city which retains an extreme important historical significance. While Kolkata is explored, the most interesting fact about the city is none other than the era of British Raj in Calcutta. Initially this city of joy was established because of the expansion plans of British. Calcutta was the city where they first landed and made it the capital of their Raj. The city was originally founded in 1686. Later since the establishment, with Calcutta other two villages namely Sutanati and Govindpur were captured by British and since then the city was made the center of all activities of British Raj.

With a tremendous progress the city kept growing until the Nawab of Bengal, Siraj-ud-Daula conquered Bengal and the British had to make a leave from the city. As the year has its following, in 1757 in the Battle of Plessey, Robert Clive defeated the Nawab and took over Calcutta. With the establishment of the Supreme Court in 1774, the end of the battle was announced. Yet Calcutta was officially announced as the ‘base of Justice’. Because of the battle, the economy of Calcutta had a huge impact and eventually the wealth of Calcutta was drained. With the seeds of Nationalism that were growing in the hearts of people between 1820 and 1930 was on its peak in the year 1905 where the crowd went against the plan of Lord Curzon of Bengal Partition. The crowd and the nationalist movement were led by Rabindranath Tagore and the capital was shifted from Calcutta to New Delhi. Post independence in 2001, Calcutta was officially renamed as Kolkata.

MOST POPULAR TOUR PACKAGES OF KOLKATA 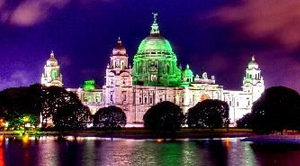 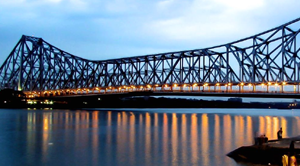 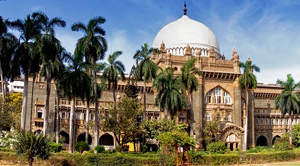 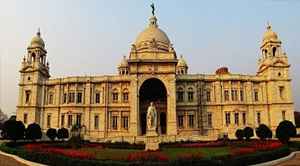 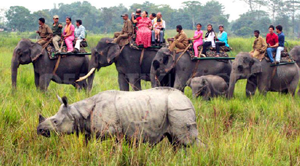 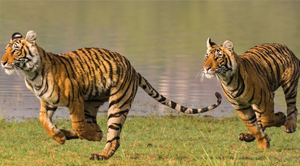 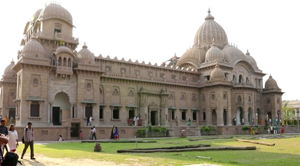 ABOUT KOLKATA AND ITS TOURISM
Kolkata with its plenty of attractions invite people from worldwide to let them explore it. Being known for its mesmerizing culture, friendly people, food, music and literature, Kolkata is again famous for its colonial edifices and modern amusement parks and houses. With people who come down to visit and explore this magnificent city of joy, have extremely huge place in their hearts for Kolkata. The palace of Queen Victoria where she lived for quite a few years of her life, is now the biggest attraction of Kolkata known as the Victoria Memorial. Being the home to the India’s oldest museum, Kolkata houses the only ‘Mummy’ in India with some other valuable artifacts. Regarded as the India’s Intellectual, Artistic and Cultural Capital, Kolkata showcases a great deal of colonial and modern architectural marvels that are loved and praised by people worldwide. Apart from some major architectural attractions one must visit Kolkata; Kolkata is again a hub of lip smacking food and festival. Durga Puja, the biggest festival of Kolkata which is celebrated on a huge level and people from all over the world especially visit Kolkata to witness the celebration of this festival.

Kolkata being one of the most crucial cities of India, it houses it own International Airport which is Netaji Subhash Chandra Bose and the domestic Airport which is well connected to all the cities of the nation. With the major and wide network of Railways and Roads, the reach to Kolkata becomes easy.

Kolkata is a city that can be explored in any part of the year, yet the suggested time period is October & March.

The culturally rich city of Kolkata [a major source of joy] is dotted with numerous spots of stay. It has made sure to surround itself with several options – varying from the amenities it provides to the amount it charges. From highly-reviewed hotels to the basic ones; all are present in varied corners of this friendly city. There are various Homestays as well; serving home-made food, Wi-Fi etc.

Ideal Duration to Spend in Kolkata

The capital of the multi-talented state of West Bengal, situated on the east bank of the Hooghly River is blessed with art and creativity in abundance. Regardless of what time of the day you step in or which corner you step into – you will always find yourself standing in a crowd full of musical souls.

To explore the prominent tourist attractions of Kolkata – you would need two days time but if your trip to this imposing city is accompanied with a desire to understand the culture and history then you will have to plan a week-long tour [festivals are the preferential occasions to learn about a new set of values and culture].

The land of drama, art, film, theatre, literature, culture, ethnical diversity, science etc is no less in the field of shopping destinations. This soulful city belongs to all who follow a filmy kind of mood; from the street markets complemented with the eatery shops to the huge shopping complexes – this happening city is equipped with all.

The city of art and literature is truly inspiring; to begin with, let’s start with an introduction to the Bengali New Year. It’s also addressed as the “Poila Baisakh” [the first day of the month of Baisakh]. This significant day is observed around 15th of April on the basis of the lunar calendar of Bangabda. Making prayers, distributing sweets, offering garlands in the name of God, cultural programmes etc are a part of this celebration.

The city of Joy is soaked in the sweet Bengali language; it’s the official state language. You might come across a limited population of people communicating in other languages like – English, Hindi and Urdu.