he broad roads, the historic narrow lanes, the mouthwatering street food, the historical monuments, the modern buildings and the welcoming hearts together make the Mini India and the Capital of the Nation, Delhi. Being of the historic yet modern cities of India, Delhi is glorified for its rich culture, traditions and heritage. The land that houses the splendid monuments to the dazzling architectural buildings, the yummilicious finger licking street food to the multicultural food. The elite malls to shopping markets, Delhi has everything for everyone. Directed by plenty of great dynasties and empires, this city has been the epicenter of political, religious, cultural, social evolution. Home to the millions of dreams, it is a place that will just not touch your pulse but will fastens it to a frenetic speed. With a mysterious eternity, Delhi is a culmination of seven cities built by different emperors. Now being the hub of major commercials and cultures, Delhi has its everything on mouth of the people. Whether it's shopping or food or day and night life, you name it and Delhi has it. The wandering streets, the lively markets the food centers, the tree- lined boulevards, huge colonial buildings, skyscrapers and malls, Delhi is the perfect fusion of history and modernity.

ABOUT THE HISTORY OF DELHI

The history of Delhi is as mature as the epic Mahabharata. Being the witness to the rise and fall of many empires, Delhi portrays a great deal of historic significance. Initially being a town to the Pandavas, it was known as Indraprastha. With a due course, eight other cities combined to make the Delhi what it is now. The cities include the Lal Kot, Siri, Dinpanah, Quila Rai Pithora, Ferozabad, Jaahanpanah, Tughlakabad and Shahjahanabad. The sultanate of Delhi was established in 1206 post when the warrior of Afghan, Muhammad of Ghori captured the Rajput Town in 1192. Later in 1398, Timur invaded Delhi and the tenure of the sultanate came to an end. With the establishment of the Mughal Empire by Babur was acknowledged with his victory in the battle of Panipat in 1526. While Agra was the capital for quite a few Mughal Emperors until Shah Jahan built the walls of Old Delhi in 1638 and made it the capital of the Mughal Empire. Later the final invasion of Delhi by done by British in 1803 AD and by 1911, the capital of British Raj was shifted from Calcutta to Delhi. Being the center of government activities, Delhi was then announced as the Capital of India post Independence in 1947. Delhi as it is a blend of history and modernity; it is divided in two parts, Old and New Delhi.

Old Delhi :
The origin of the rich culture that Delhi houses, is from the place called Old Delhi. Initially it was the Shahjahanabad of the Mughal Emperor Shah Jahan. With the victory of Babur in battle of Panipat in 1526, the Mughal Empire was formed. For the most of the Mughal Emperors, Agra was the prominent capital for their empires, yet Shah Jahan buit the massive walls of Shahjahanabad in 1638 and named it as his capital. With the three main gates of the capital of Shah Jahan, namely the Kashmiri Gate, Ajmeri Gate and Turkman gate, Kashmiri Gate was the prominent gate of the city. In the middle of the city was the Massive yet mesmerizing Fort which was known as the Red Fort, Lal Quila because of its red sand stone built walls. Just opposite to the gate of the magnificent fort lies the main market of the city which is till date known as Chandi Chowk. Famous for plenty of things, this market of Old Delhi serves the best of the historic culture till today. With some of the dazzling monuments and markets in Old Delhi, it is the most crowded locations of Delhi, yet the one, one should actually visit.

New Delhi :
With the rise and fall of many empires, the final empire that ruled Delhi till India got its Independence and Delhi was officially declared as the capital was the British Raj. The original commercial capital of British Raj was Calcutta (now Kolkata) but later in December 1911, George V of Britain shifted the capital of their British Empire to Delhi. With the construction that began in 1912, a straight yet diagonal pattern of the board tree-lined avenues was the capital of British and now known as the New Delhi. With major of New Delhi houses the government building, museums and research buildings. With the beautiful architecture of these buildings, once again this part of Delhi shouldn't be missed to explore. Some of the most crucial constructions of Delhi lie in New Delhi. Being the center of most of the markets and malls, this part of Delhi is alive at all times of the day. Some of the magnificent architectures those are considered to be in the top attractions list of Delhi one must see in their Delhi Tours have their lands in New Delhi.

MOST POPULAR TOUR PACKAGES OF DELHI 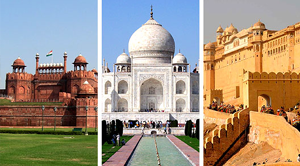 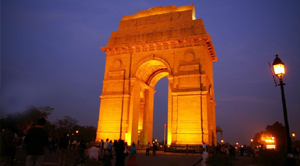 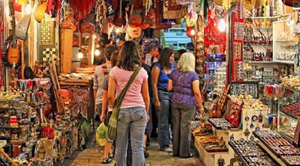 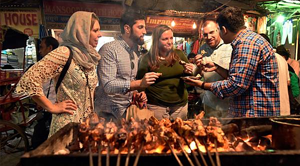 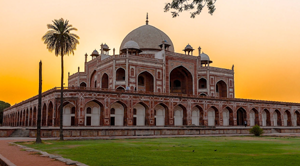 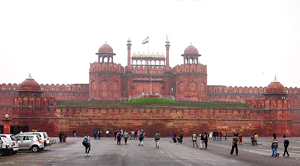 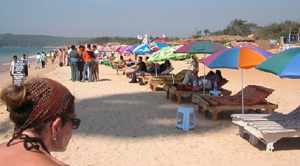 ABOUT DELHI AND ITS TOURISM
While Delhi just not being the Capital of India, it is also a Historic City with major magnificent attractions that fascinates travelers and tourists from all over the world. As it is the hub of major Commercial aspect, Delhi is full of countless tourists' attractions and places of interests. While Delhi is being explored by people from all over the world, Delhi is considered to be in the Golden Triangle Tour Circuit of India while Delhi Tourism marshals plenty of cultural programs and shows. The thrilling excursion tours to the major attractions of Delhi, the Heritage Walks, the Evening Tours, Shopping Tours, Food Tours and plenty of them awaits for the travelers.While Delhi is a fusion of history and modernity, till now, the narrow lanes, old havelis, colorful bazaars, rickshaws, the architectural monuments fascinates all.

While in the modern terms, the well - planned extensive metro network of Delhi, the elite malls, entertainment aspects, luxurious residential complexes and sporting facilities is what one really needs to explore.

The combination of pleasant weather and significant attractions work out extremely well; hence commencing from the month of October to March is regarded as the best-suited duration for exploration. 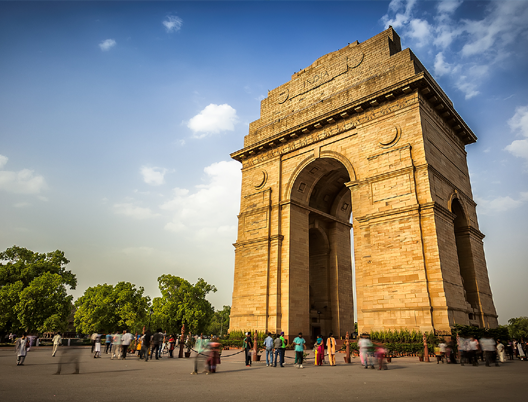 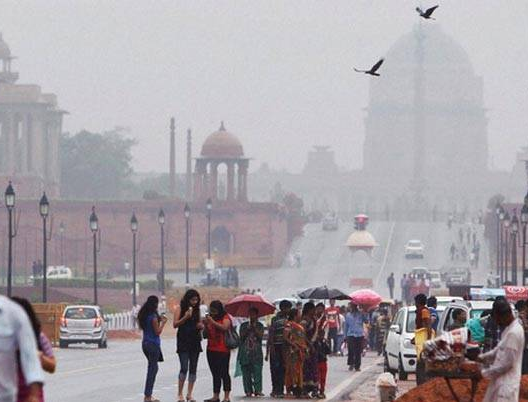 From 2 star to the 5-star hotels [well-rated and reviewed spots of stay]; India's capital territory is equipped with numerous options when it comes to planning your stay. Most of them are adorned with all sorts of amenities [from the basic to the advanced]; varied themed-restaurants; health zone, play zones etc, spa area etc]. You can plan your stay in accordance to what suits your budget and choices. From the ethnic to the fancy accommodations - pick, which pulls all your attention.

Ideal Duration to Spend in Delhi

An interval of 2 to 3 days is highly advisable; however, you can spend as many days as long it interests you. It houses some of the most imposing formations; in fact, it great fully exhibits a magical combination of Historicity, ethnicity and modernity. Here are the names of some major attractions one should look forward to paying their visit upon arrival - the Red Fort, India Gate, Qutub Minar, Chandni Chowk, Lotus temple, Humayun's tomb, Akshardham Temple, Rashtrapati Bhavan, Jantar Mantar, Laxminarayan Temple etc.

Delhi being the territory serving diversity makes the marketplaces even more exciting; filled with various shades and happening emotions that comes along while shopping. Some markets are specific to certain items and products and some offer all the products of necessity in one place.

Here are the names of some major and well-recognizable marketplaces one should visit in order to make the most of a shopping tour- Janpath Market, Tibetan Market, Dilli Haat, Chandni Chowk, Khan Market, Sarojini Nagar, Lajpat Nagar, Matka Market etc. Buying souvenirs is one of the eminent activities one always look forward to while exploring several destinations [all different from one another] residing in this happening nation. Here is a mini list of suggestion [souvenirs to buy from Delhi] - Traditional Silver Jewellery, antiques, Handicraft puppets, Silk Sarees, embroidered footwear and handbags, Handmade show-pieces, Bead Necklaces, Decorative door tassels, Brass vessels, Silk scarf's etc.