The City That Makes Life Lively

A pint sized city of India is better known as the Party capital of the country. The place where people just not come to have a leisure time but to have an escape from their busy stressful life full while enjoying some night parties in fine clubs and restaurants on the golden beaches full of crowd and some water adventure activities. Goa is a hub of everything. Famous for its Beaches, Sunset and Night life, Goa is one of the prominent tourist’s destinations of India. The culture of Goa is had an huge impact from the colony of Portugal. With mesmerizing and beautiful houses and lush green fields, Goa has a soothing languidness in the atmosphere. Known as the city of churches, Goa houses few charming villages where the evening and morning walks are worth to be done. Yet on the other hand, Goa houses one of the most luxurious hotels and resorts for the tourists and people. For any occasion, may it be New Year, Christmas, Diwali, Eid or just a simple hangout, Goa makes the life living.

ABOUT THE HISTORY OF GOA

The small Indian state on the western cost of the country has a major significance of history. Being one of the most productive yet beautiful destinations, it attracted many traders, merchants, seafarers, dynasties, monks and missionaries. Goa was considered to be one of the major trading centers of India. With the rapid growth of transformations in cultures and socio economic developments, Goa is a destination which has a huge impact on the minds of the visitors. As Goa was founded, the very first habitant of Goa was the Brahmins who were called as the Saraswats. As they had their residents only near the Sarasvati River they were called so. But later in the 3rd Century BC, Goa became a part of the Maurayan Empire and was later conquered by the Satavahanas of Kolhapur. As the Chalukyas of Badami started ruling Goa in a matter of time, Goa was then dominated by Muslims for the first time in 1312.

Yet as for them beaches were of no use, they migrated in 1370 and since then Goa’s harbors was known landing place as it was the land where the Arabian horses for the Vijaynagara cavalry was carried. The history of Goa had a huge turning point when Portuguese arrived in Goa in 1510 and started dominating the spice route from the east. As he ruled the city for quite a long time, the major architectural marvels and structures are built in his designs. Later in the 18th century Marathas conquered Goa and the tenure of trade of Portuguese came to an end in 1961 post the Indian Army entered the state and Goa was declared as the 25th State of India in year 1987 by the Prime Minister of India, Rajiv Gandhi. Later the language of Goa, Konkani was regarded as the 22nd official regional language of India.

MOST POPULAR TOUR PACKAGES OF GOA 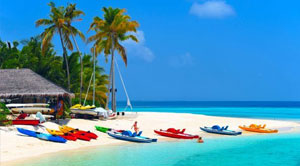 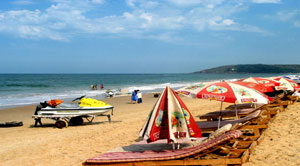 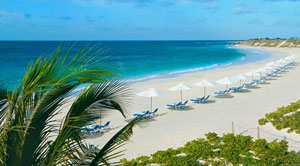 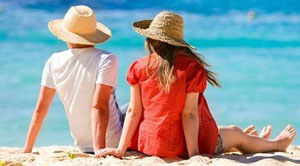 ABOUT GOA AND ITS TOURISM
The Party Capital of India, Goa is just not a destination that attracts party freaks but everyone who has a love for nature and wants to explore something new every time. Being one of the best tourist destinations of India, Goa attracts thousands of visitors every year. The purpose of the travelers is not just the have some leisure time, but to explore the one of the best architectural marvels in India, try out some lip smacking sea food and try some water adventures. Known as the ‘Pearl of the East’, the Gothic Churches, Crumbling Forts, palm-fringed beaches, coconut groves, ferry ride, bubbly folk music and plenty of things on the list is known worldwide. With the coastal retreat and the golden sand, the water waves and a shimmering sun with the lush greenery, the beach capital of India, Goa fascinates people from all over the world. No matter if you are planning just a family holiday or a quick weekend gateway with friends or to spend some quality time with the special one, Goa is the known to be the perfect location for every single purpose. Blessed with the natural beauty and alluring aura, Goa has a vibrant culture. The old-world charm brought by Portuguese adds on to the glory of this mesmerizing state. One shall not forget to be a part of the nightlife with some sea food on the sand near beach.

Goa’s Airport is houses by its capital, Panjim. Yet Goa can be reached with its wide network of railways and by road.

The suggested time period to explore Goa is October to March.

As Goa is one of the most loved tourist destinations of India, it houses hotels in every budget. Goa Hotels and Resorts are very much accessible with ease and they offer extremely satisfactory services as per the budgets of the traveler.