The Pink colored buildings, the cheerful markets, the extraordinary past and magnificent culture together makes Jaipur, the most beautiful city of the flamboyant state of Rajasthan. Jaipur, better recognized as the Pink City, is also the capital of Rajasthan. The pink color of the buildings, the rich culture and heritage, the welcoming hearts of the people never let someone leave by their choice. The largest city of Rajasthan was founded by Jai Singh II in 1727.

The Royal state reflects the astonishing aura of rich culture and heritage that is showcased in the magnificent fortress, majestic palaces, mesmerizing mansions, the beautiful and colorful markets, the splendid Handicraft products, the narrow lanes and especially the beautiful hearts that welcomes in the warm traditional styles. Jaipur is just not a place where one may go and visit, Jaipur makes its travelers fall in love with it as soon as they step on to its land.

The Culture Of Rajasthan

To begin with, this appealing city consumed by uniqueness was planned according to the Indian Vastu Shastra in the year 1727. The three gates of this city facing different directions attract every visitor's attention [the East facing gate is addressed as the Suraj Pol [the sun gate]| the north-facing gate is the ancestral capital of Amer and the west facing gate is referred as the Chand Pol.

MOST POPULAR TOUR PACKAGES OF JAIPUR 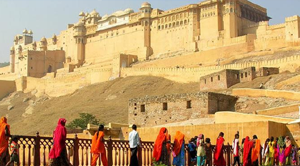 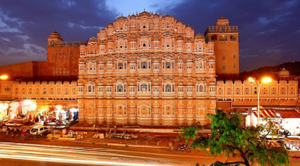 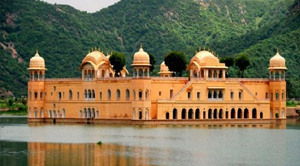 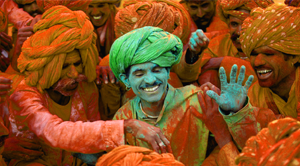 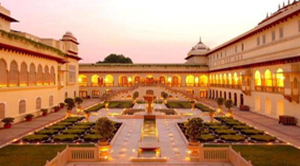 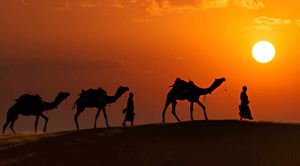 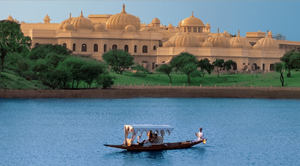 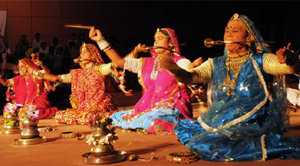 ABOUT JAIPUR AND IT'S TOURISM
Jaipur, being the most magnificent land of rich culture and heritage, Jaipur fascinates the heart of the travelers and tourists from all over the world. Being is one of the most magnificent and colorful city of India, Jaipur has been one of the prominent faces of tourism in India. Considered to be one of the three iconic cities of India, which are Delhi, Agra and Jaipur, Jaipur is regarded in the Golden Triangle Tour Circuit of India which is made with the fusion of these beloved cities. This versatile tourist destination of India has a plenty of captivating attractions. Apart from the honeycombed Hawa Mahal and City Palace and other magnificent monuments, the real attraction of Jaipur is its lifestyle. The colorful ethnic attire and bright turbans, the hand-dyed and hand-embroidered textiles, the handcrafted magnificent jewelry and the peppery cuisine adds on to the liveliness of this mesmerizing Pink City. A great deal of fairs and festivals are also hosted here which includes the famous Camel Festival, Kite Festival, the Elephant Festival, Teej, the Gangaur and plenty of them that majorly fascinates the travelers worldwide.

Jaipur houses a wide network of accessibility with its Sanganer International Airport where one can catch the flight for anywhere. Also the network of Railway and Road makes the reach to Jaipur quiet easy.

No season can beat the pleasantness of the winter months – the cold months are quite welcoming and inviting. Rajasthan being home to the Thar Desert makes it a hot place of summers. Hence, beginning from the month of October to the end of March is regarded as the best-suited months of exploration. 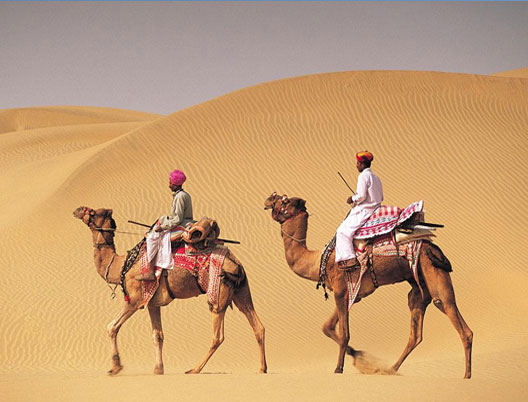 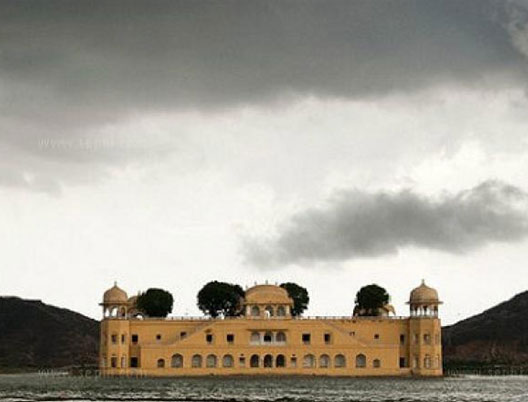 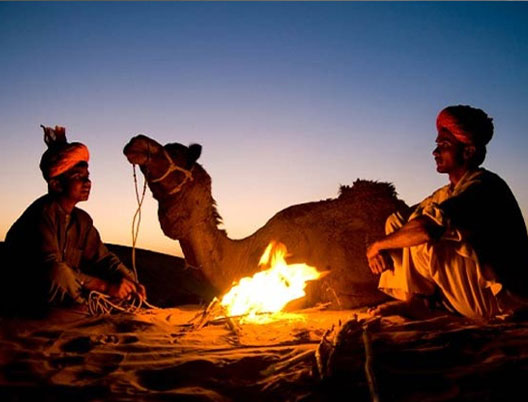 
Ideal Duration To Spend In Jaipur

The capital, as well as the largest city of Rajasthan, is truly mesmerizing; its home to some of the finest architecture [monuments functioning as a time-traveller]. It holds the fine details of past, the walls speak up about the stories that are still as fresh and alive in its toughness. 02 days are sufficient enough for one to explore this oldest city of Rajasthan [the princely state].

The traditional city of Jaipur serves as a Gateway to the other major tourist destinations of Rajasthan; people travelling from the various parts of the world mostly land in the city of Jaipur as first. This is what announces the presence of various amenities and services serving hotels [from 2-star hotels to the luxurious ones]. The capital city of Jaipur is also home to several Heritage Hotels as well. The level of hospitality you will experience and live here will surely fill your heart with various emotions.

The gateway city is blessed with the presence of numerous attractions of importance; as most of us are well aware of this saying [Old is Gold]. The saying fits up perfectly with this hospitality soaked city of North, which is one of the three iconic cities of Northern India.

Jaipur is not only gifted with the numerous touristic spots, but it’s also a happening home to some of the effectively packed shopping markets that are dressed in the art and skills of the talented artisans. The city of Architecture, traditional values, culture, customs, shopping markets, cuisine, World Heritage Site is always up in merriment due to the remarkable presence of the soulful locals as well as keen travellers. Here are the names of authenticity absorbed and quality product offering markets that are situated in the royal state of Rajasthan

The Cuisine of Rajasthan

Jaipur has lived the longest till date in comparison to the other cities of Rajasthan and this is what makes it one of the finest destinations to have the traditional cuisine. Here are the names of some typical dishes that can be easily found in any place serving food – Dal Baati Churma| Missi Roti| Makke Ki Ghat| Bajre Ki Roti| Ker Sangri| Bajre Ki Ghat etc. The Pink city is also well-recognized for serving some sweets – like Feeni, Ghevar, Gajak, Mawa Kachori, Meethi Thuli, Moong Thal, Ghevar, Chauguni Ke Laddu etc. To take a look of what the most of Jaipur is all about – Place your visit at a 5-star ethnic Resort – Chokhi Dhani [witness the artistic surrounding, have the Rajasthani Cuisine, watch the Folk music and dance performance etc].

The inviting city of Jaipur all dressed in pink is always ready to acknowledge every element of art and literature [One can say that Jaipur is heavily inclined towards artistry and time-travelling skills of excellence]. Here are the names of some prominent festivals of Jaipur, which are celebrated on a greater scale with a huge level of excitement:-

1- Teej festival – It’s a monsoon festival with no specific dates [can fall any time during the interval of July to September]; women do fasting on this day of religious celebration – the Teej festival is devoted to Goddess Parvati [most of the women are dressed in the brightest shade of red [symbol of love].

2- Gangaur Festival – A festival dedicated to Goddess Gauri; this annual festival falls in the month of March. This 16 days festival drives immense joy in this city.

3- Elephant Festival – The Elephant Festival is celebrated in the month of March; it’s held on the festive day of Holi. This festival begins with an interesting and fascinating procession of decorated Elephants, horses, Camels and Folk Dancers.

4- Kite Festival – This festival is observed on the 14th of January every year [the festive day of Makar Sankranti]. This is when the skies showering love in Jaipur are adorned with various featured kites.